Electrical contractors play a crucial role in society. They’re either troubleshooting and fixing electrical equipment or installing electricity for domestic, industrial, or commercial use. According to a Zippia study, over 31,549 Electrical Contractors currently work in the U.S.

The industry is thriving and you can quickly find your feet, depending on the direction you take in your career. Electrical technician and electrician are some of the main careers in this industry. Though they seem similar, the differences are as clear as day and night!

This is only the scratch on the surface. We cover details in the rest of this guide. So, let’s get to it!

Who is an Electrical Technician?

Their primary responsibilities are creating engineering plans and maintaining electrical equipment and systems. Overall, their job description depends on the specific industry they work in.

Who is an Electrician?

Though an electrical technician and an electrician may mean the same thing for same people, nothing can be further from the truth. There’s a clear distinction between the two professions. Below, we dive into the primary differences!

Their typical field work involves troubleshooting and maintaining electrical systems. Sometimes, they repair faulty systems to restore them to normal operations. Lastly, they communicate electrical systems and equipment status to the rest of the team members.

On the other hand, electricians’ main job revolves around installing electrical systems and equipment. They primarily work in construction sites or already existing buildings. Often, electricians work solo and deal directly with clients. They can also work as employees!

Education and Training Requirements in Texas

Apart from attending an apprenticeship program, electricians require a high school diploma to work in Texas. This is according to the Texas Department of Licensing and Regulation. There are four licensing categories for electricians in Texas.

The good news is, electrical technicians don’t require licensing to start working. All you need is the basic education and you’re good to go! This can be a major in electrical technology or electrical engineering technology, depending on your interest and school choice.

How to Become an Electrical Technician in Texas

If you’re looking to start a career as an electrical technician, the only thing standing in your way is getting the right education. Luckily for you, this is where Southern Careers Institute comes to the rescue! We can train you on the skills needed to pursue an electrical technician career through our programs in Texas. So, be sure to contact us for more information.

Navick Ogutu is an expert website content writer with tons of experience in B2B and B2C content writing. He offers top-notch content in article writing, blog writing, SEO writing, Copywriting, proofreading and editing for multiple industries. Content planning and writing is a long term strategy that you need to factor in your marketing plan. Reach out to Navick for a free consultation concerning your content needs. 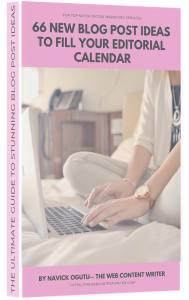